Like many schools, the New York City Department of of Education has adopted the GRP, or General Response Protocol, in lieu of the spike in mass school shootings. Last week, a shooter gunned down 9 people, including himself, at a local community college in Roseburg, Oregon. This shooting marked the 142nd school shooting since the massacre at Newtown.

My school has responded in thoroughly to to the DOE’s emergency response preparation requirements. We’ve been trained on how to respond to imminent threats. My flubbing the first lockdown drill held at the high school I teach at does not represent my school’s prep work.

There are two types of lock-downs we’ve practiced: soft and hard. Sounds simple enough I know. 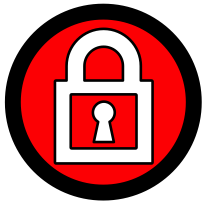 In the event of a hard lockdown, everyone, including the security guards, are considered to be  in imminent danger. Everyone’s in lockdown mode. No sweeping of the halls, but you still have to ensure your classroom door is locked.

We were prepped on the GRP at a staff meeting a few days before the scheduled debut drill. The day was finally here. At the scheduled time and right on cue, my principal’s voice filtered through the speakers. As directed, I recounted the rehearsed steps to my students.

Most students went along as directed, having a  few minutes of respite hung between a preparing for a worst-case scenario was better than contending with classwork. It was a morning class. My students were still pretty sedated from sleep.

For this first time, we were instructed not to cover the door’s small window so that the administration could assess the line of sight we were afforded by veering and hiding to  one side of the room. I become aware of closely I’m positioned around my students. I’m dwarfed by many of them as many of them refuse to sit on the ground as directed. So they squatted and wobbled near the ground. Their balance remained precarious.   Then without warning,  one of my students, a football player,  hoisted a single desk over his head poised at the imaginary perpetrator. Before I could whisper frantically at him to stop, one of the assistant principal’s caught his shadow during her walk-by inspection. He was scolded by my AP for his  unrehearsed intervention which was really a proxy scolding of me, the teacher, the savior, the rehearsed heroine in this rehearsal against death knells.

I also failed the second lockdown drill we had because I got the procedures for a soft lockdown confused with the protocol of a shelter-in. In the event of a soft lock down, we’re expected to make sweeps of the halls and drag whoever is close by into our waiting rooms. Instead, during this soft lockdown drill, I went about my presentation with my students only to have my principal come in asking me what I was doing.

Chagrined, I was reminded that soft-lock downs were never to be treated as  business as usual.

One drill we haven’t had much need for have been shelter-ins. These are called when there is danger nearby in the periphery of the building. Security guards and administration are instructed to secure all exit doors: no in’s and no out’s. 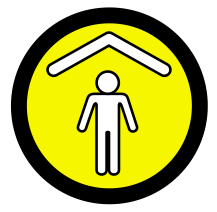 We’ve had the real thing twice in recent years. There really has been no need for the drill as real life interceded. Once there was a shooting across the street. We stayed put. Heard the sirens get closer and then drive away. I passed by the site of the shooting (which I later found out took the life of a pregnant woman)  on my usual route home that day.

Another time a gas explosion ripped through 3 buildings 10 blocks away from the school. I was on maternity leave at that time but I scanned the names of the fallen. I do not know if any of my students were personally impacted by the gas explosion. My principal sent out an email that day commending the patience of the students as they dealt with the shelter-in.

That day, it was business as usual. The only loss suffered was felt by my students who had their off campus lunch privileges suspended for a  day.

I grew up practicing earthquake drills in California. I remember a time during one of these drills that a classmate of mine, Peter, fell asleep under the desk next to me.  It took a good five minutes after the drill to realize he was still huddled underneath the desk, peacefully slumbering away as we practiced  our pinyin in Chinese class. As students, we’d collectively humor the teachers with our participation, all the while thinking how inconsequential our puny desks would be in the event of a real damaging earthquake.

I can still recite my 4th grade earthquake preparedness handbook like the preamble of the Constitution I was forced to memorize at some point in my education.

We felt prepared to take on the next Big One since most of my classmate and I had lived through the Big One as it was.

The 1989 Loma Prieta earthquake struck when I was doing my math homework.  My grandmother and I sprung into action, clinging to the door frame as we watched our house sway. Our floorboards hissed and creaked. The chandelier hit the ceiling with a rattling force. All the while, my grandmother clasped her hands together praying to Guan Yin. I didn’t eat for a week afterward. My grandmother coaxed me back with some prayers and mantras. I never finished that homework.

There’s nothing these lockdown drills will prepare me for besides the obvious: how to treat mass shootings as business as usual, because they are.

We prepare mass shootings the way we prepare for natural disasters. We know the next one is coming. It’s just a matter of when.

Son #1 will practice his first lockdown drill this year in pre-kindergarten before he has even learned what a gun is.  Will his teacher commiserate the futility of these drills the same way this pre-K teacher did?

He’s slept through two rather forceful tremors in the Bay Area the last two summers we’ve visited. I felt my the ground roll under my body with a surreal familiarity. Aahh…California.
We expect the Big One to hit California soon, so I’m sure schools still prepare accordingly with earthquake drills, but unlike lockdown drills–you can sleep through these.

Gringa of the Barrio

A Sassy Barrio Gringa Telling It Like It Is